Visiting the Mall of America has been a dream since it opened in 1992 and staying at the Radisson Blu made that dream even easier!

Not only is there a fantastic restaurant, an Instagrammable lobby, and comfortable beds – all you need to do to get to the Mall of America is walk directly across the street. You don’t even need to go outside if you don’t feel like it! 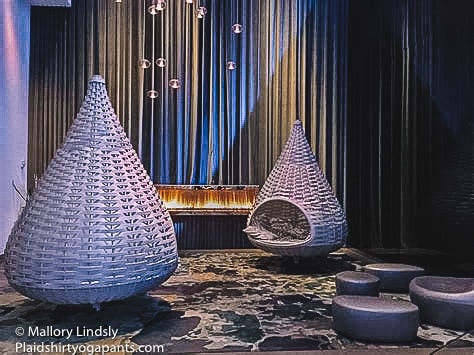 The Radisson Blu is one of the best hotels by Mall of America. It has an adorable instagramable hotel lobby, great restaurants, and amazing rooms.

The Radisson Blu Mall of America is located at 2100 Killebrew Drive in Bloomington Minnesota, a mere 5.3 miles away from Minneapolis-Saint Paul International Airport.

The Radisson Blu was my first time staying at a Carlson hotel property, and I was excited to discover a new hotel family. Check-in was a breeze, and we were given room 724. We were also asked to join the Club Carlson – their rewards club.

There are two sets of elevators one has to take to get to the hotel room. The second floor has a restaurant, FireLake Grill House & Cocktail Bar and the Mall of America Skywalk. The next set of elevators brings you to the rest of the hotel.

We booked the Urban Style Superior King room for an average of 180 per night for a two-night stay. 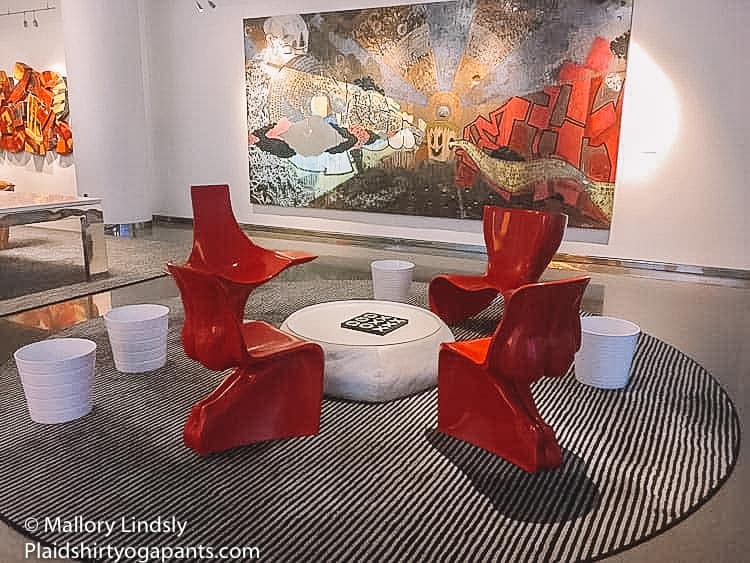 Adorable chairs on the way to the elevators to get to our room!

When first walking into the room, there was a closet system on the left and the bathroom on the right. The bedroom had a king bed, a table and lounge chair, and a small desk – the perfect set up for a quick trip to the mall!

The king bed had a table and lamp on either end and had enough room for both mom and me to stretch out. There was a large flat screen TV right in front of the bed that mom ended up watching TV for the rest of the evening while we came up with a game plan for the next day at the Mall of America. 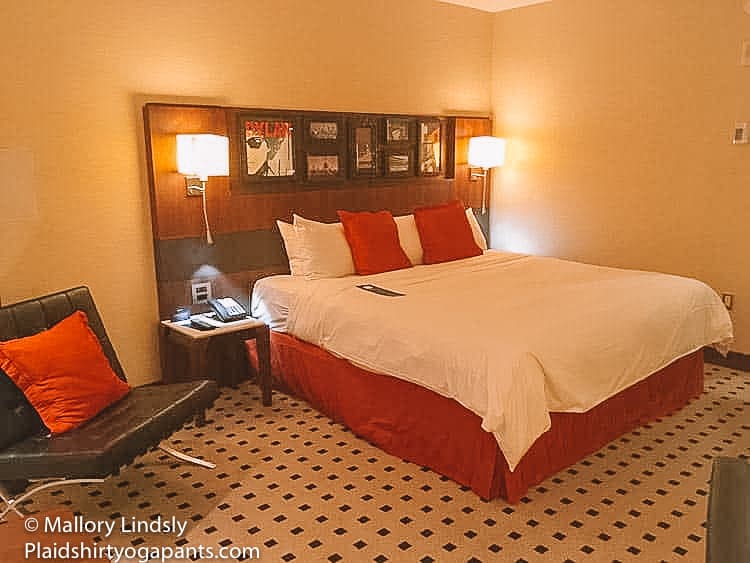 We stayed in room 724 with a king bed and tons of space to get ready! 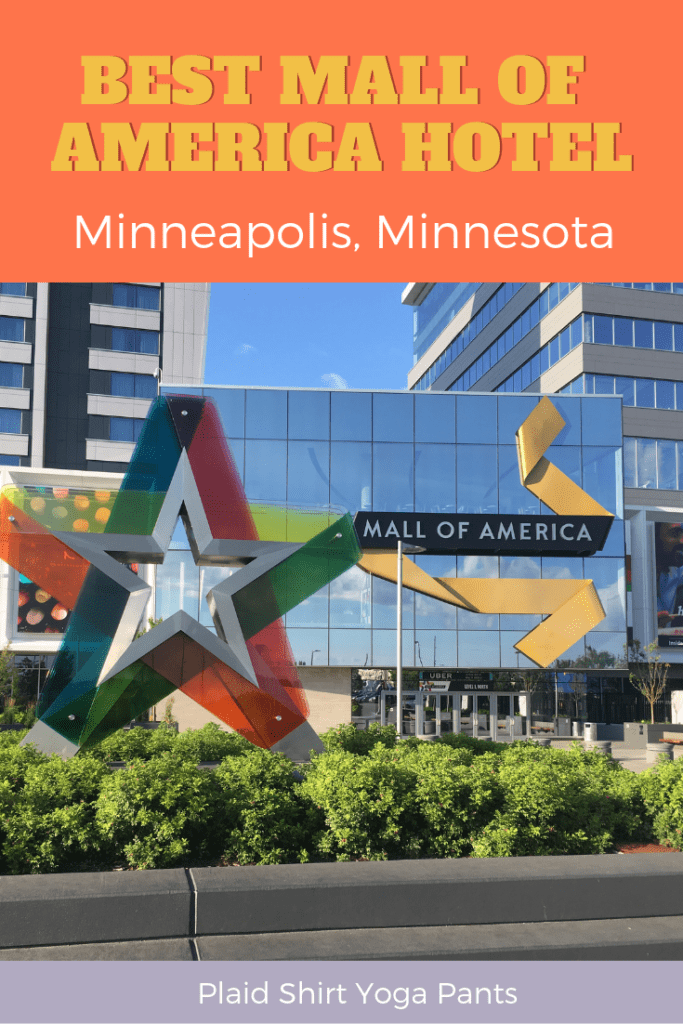 Compare hotels and vacation rentals around the Mall of America

The bathroom was a decent size for one person to get ready. However, the shower was the strangest set up I had ever witnessed. The shower was a walk-in rain-head shower, meaning that there was no door to protect you from the chilly air. 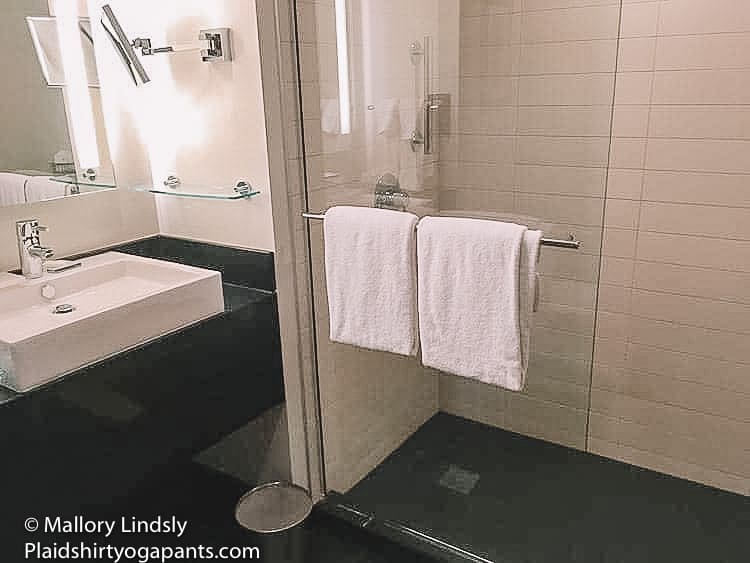 Strang shower in room 724, not sure how this design flaw was passed.

The first night while I was taking my shower I made a mess! I got soap all over the bathroom floor and water everywhere!

I was also quite chilly while I took my shower due to there being no door. I think it would be an upgrade if the hotel was able to add a way to enclose the shower. 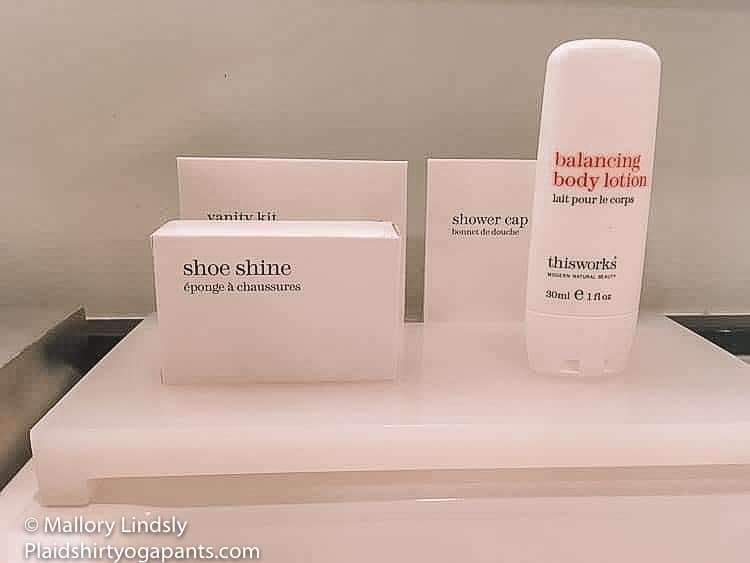 Loving all of these toiletries from ThisWorks and the Radisson blu!

I was very impressed with the upscale toiletries, especially the vanity kit! Many hotels have vanity kits available a the front desk in case you need to sew a button but at the Radisson Blu you didn’t even need to call down to the front desk! 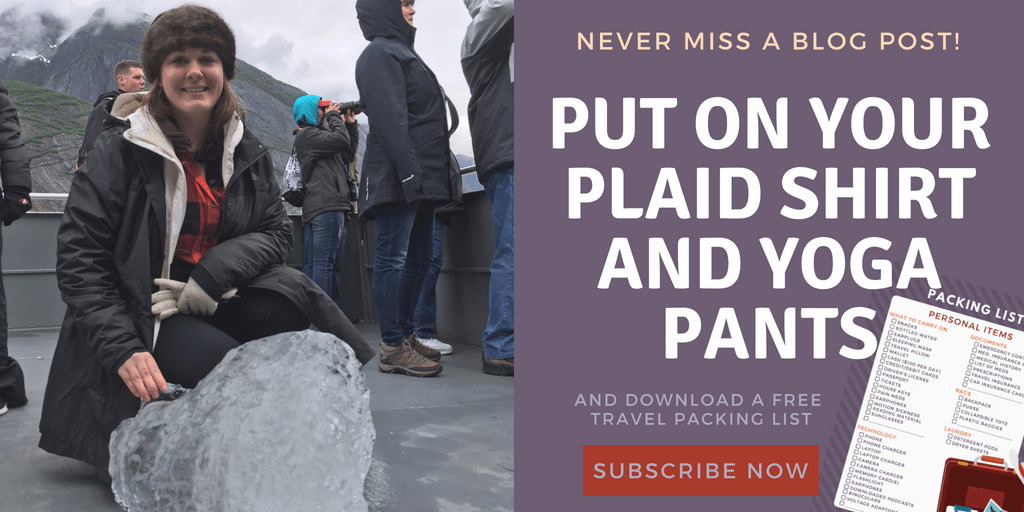 The FireLake Grill House and Cocktail Bar has two locations, one in downtown Minneapolis and one in the Radisson Blu Mall of America!

After a long day of flying from New Orleans, we needed something to eat and decided that it was more comfortable to dine at the restaurant.

Since we are always trying to eat healthy-ish, we ordered two salads and Dirty Fries.

The Dirty Fries are hand-cut frites, red wine reduction, truffle salt, Eichten’s cheese curds, and oven roasted mushrooms. As someone who has tried cheese curds and poutine all over the world, this was one of the best executions of poutine.

FireLake Grill house has many items on their menu that no matter what time of day you are hungry, you can find something delicious to eat. 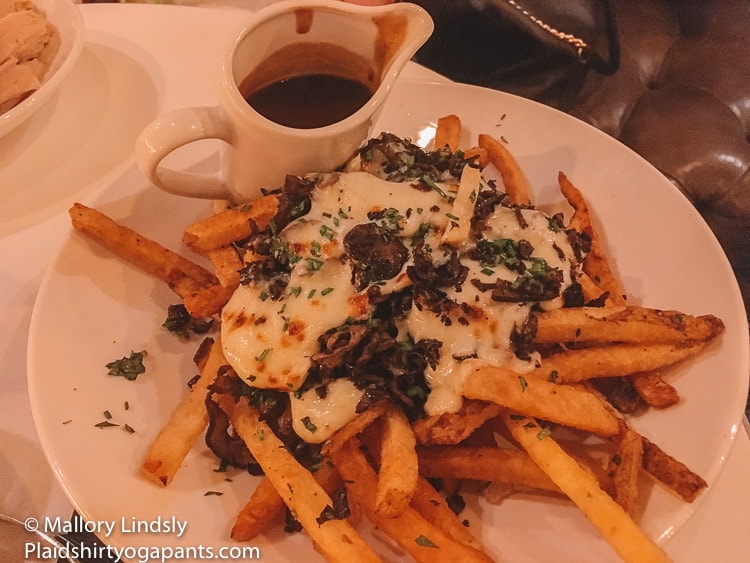 What we did outside of the Radisson Blu

I would have thought we would have stopped at our hotel to drop off some bags, but we just kept trucking all day long. I did like the convivence of being able to go back to my hotel whenever I wanted, but we didn’t need too. 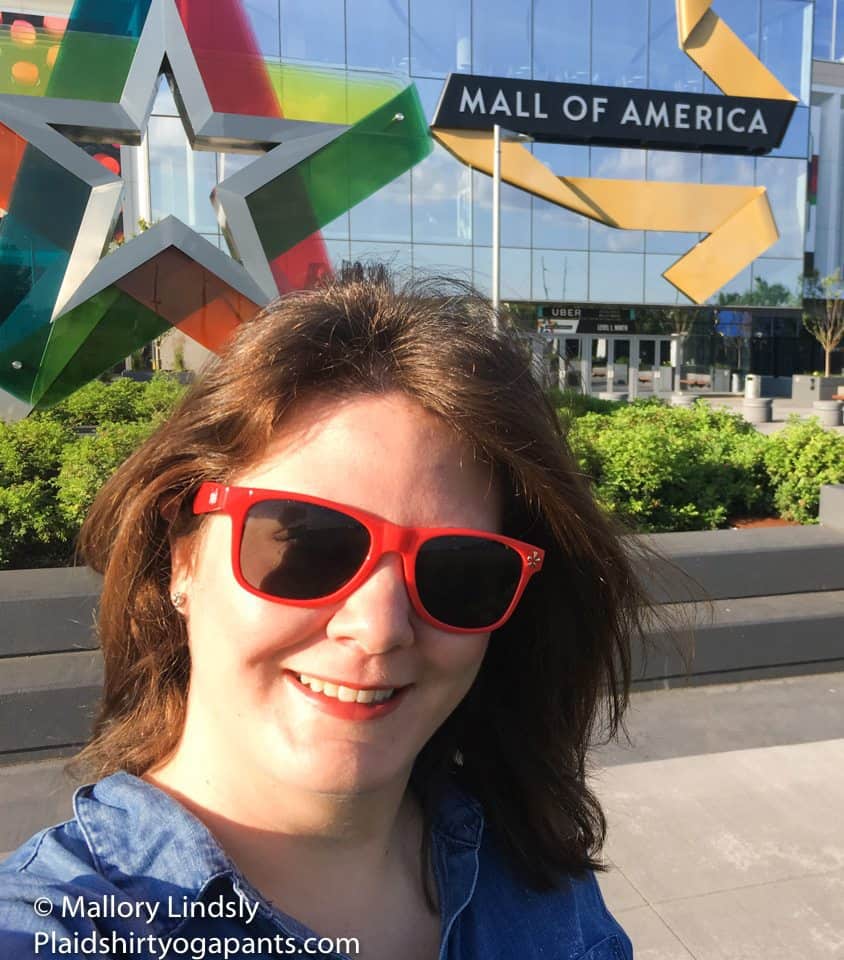 Take your photo first thing in the morning, there are less people and it doesn’t matter if it takes 20 minutes to take a selfie!

Our last morning we ordered room service because we knew we had an early travel day ahead of us. I ordered the Breakfast Sandwich while mom ordered the Bananas Foster Stuffed French Toast.

The breakfast sandwich was a croissant with shaved back bacon, avocado, tomato, fried egg, and fontina. Once when I cut into the fried egg, the delicious, drippy yolk poured over the entire sandwich. 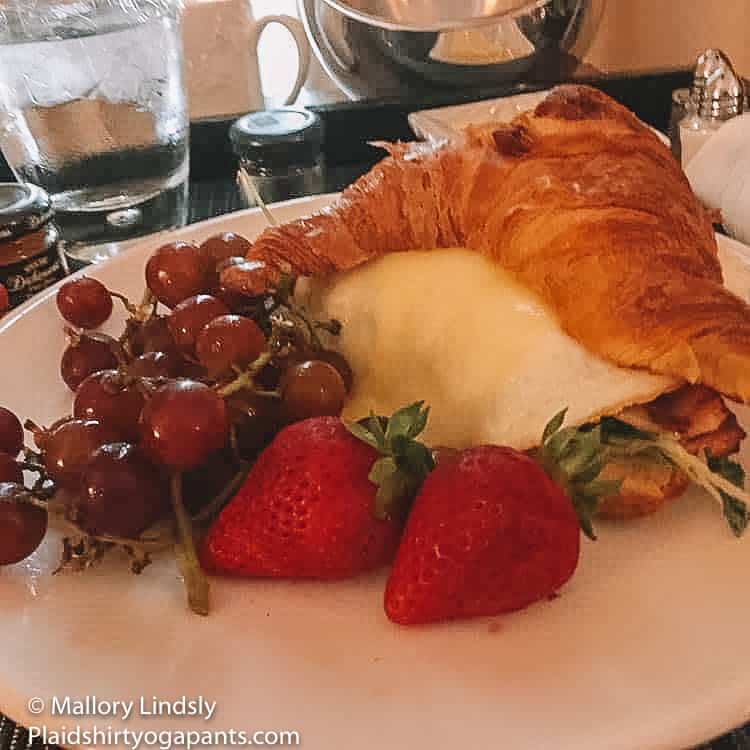 The Bananas Foster Stuffed French Toast was a cinnamon brioche, caramelized banana, strawberries, and walnuts. Mom reported that her French toast was sweet and very delicious.

Every time we order room service, we forget that we should just order one thing and split it! The portions were huge, but appreciated! The breakfast did hold us until we landed in New Orleans after 1 pm. 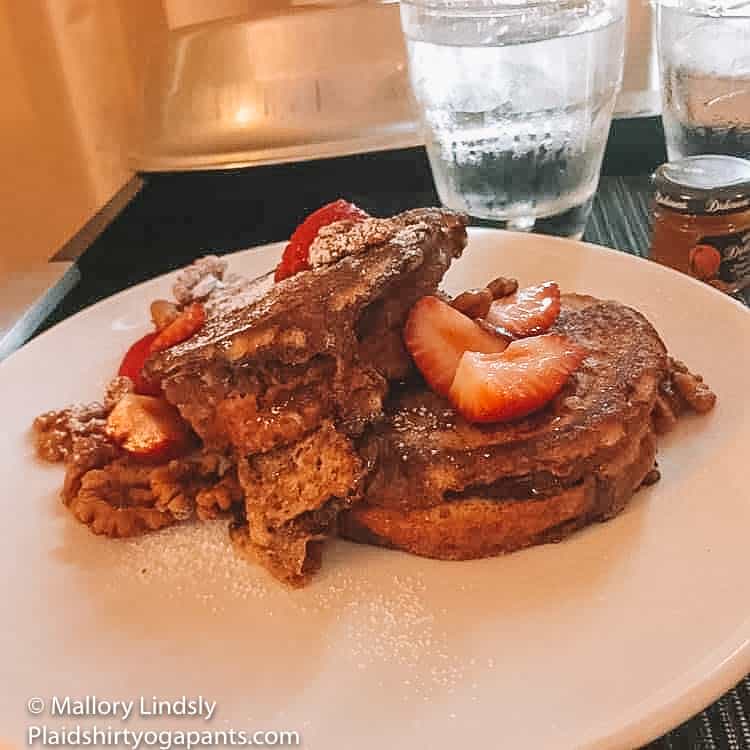 After we had finished packing and getting everything together, we took the Radisson Blu Shuttle back to the MSP airport!

Staying at this location was very stress-free because there were so many restaurants to choose from, we could walk to the Mall of America, and if we wanted to take an Uber, their pickup location was right in front of the hotel! 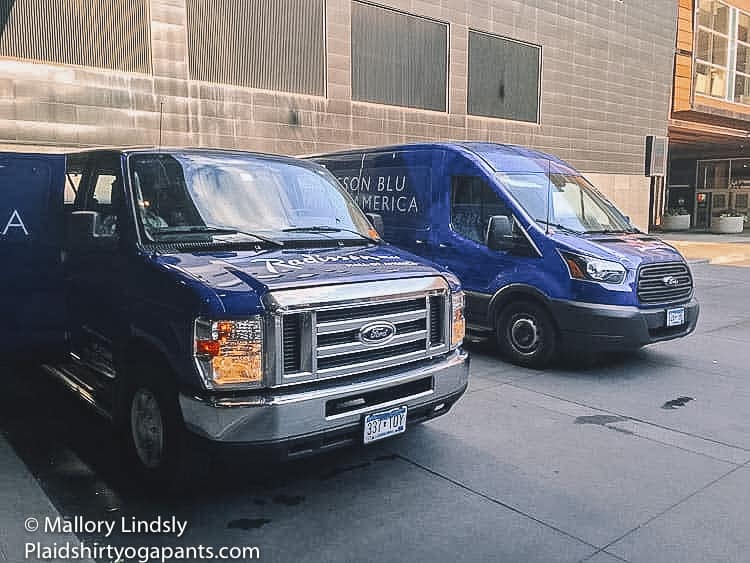 Complimentary van transportation to and from the airport is one of the best things about staying at the hotel! 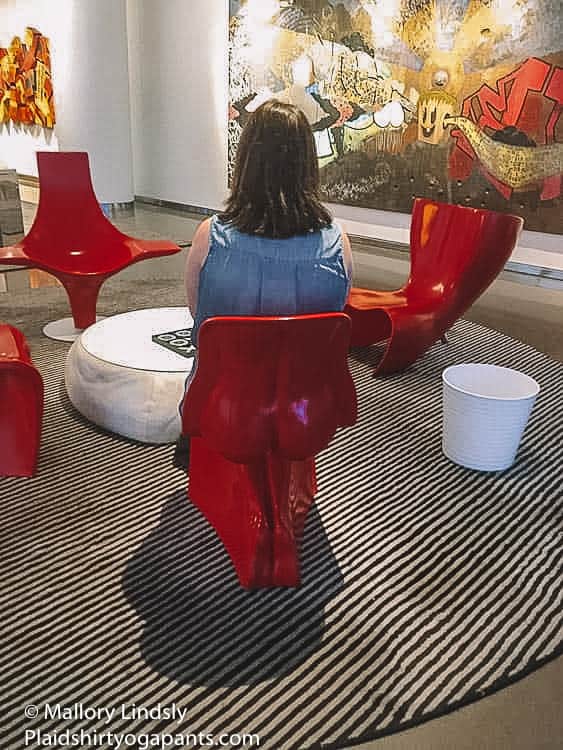 I love these chairs – they fit me perfectly. Don’t you think? 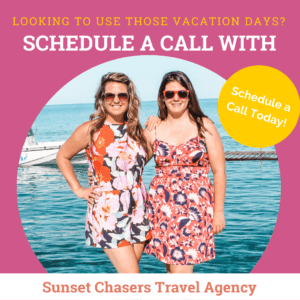